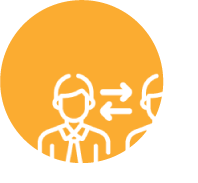 The Ombudsman provides an independent, impartial and completely free service to consumers to help resolve disputes between HICS members and consumers who are interacting with them. 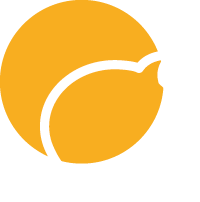 What is an Ombudsman?

An Ombudsman is someone to whom you can address a complaint about an organisation or body if you feel you have been dealt with unfairly or have suffered some financial or other loss you would like investigating.

There are a number of Ombudsman Schemes in the United Kingdom. Some Ombudsmen are Government appointed, such as The Local Government Ombudsman and The Financial Services Ombudsman. In some cases industry has come together to form an Ombudsman to give consumers somewhere to raise complaints. Examples of these include the Motor Ombudsman and the Property Ombudsman.

The Ombudsman can save industry and consumers money. In addition to freeing up the court system, there are also opportunities to explore the potential for mediation and conciliation and come to a negotiated settlement which provides both parties with a means for proposed compromise. If this process proves fruitless, the Ombudsman can investigate further and, if necessary, provide a legally binding decision. 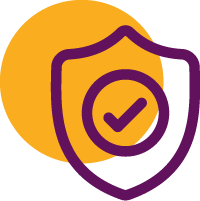 Every member of HICS has agreed to participate in the Ombudsman process and allow the Ombudsman to investigate any complaints involving its professional conduct to include installations carried out during its period of membership even if membership has lapsed.

This affords customers a high level of protection, resolves and concludes disputes quickly and, in most cases, does not need to involve solicitors or the courts (and the associated costs). 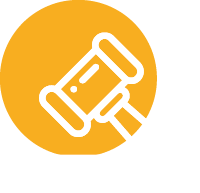 What sort of things can the Ombudsman investigate?

The Ombudsman can investigate a complaint only if:

1. The complaint is against one of the Member Organisations.

3. The complaint relates to a member which operates in England, Wales, Scotland and Northern Ireland. The Ombudsman does not cover the Channel Islands, Isle of Man or foreign countries.

4. The Ombudsman will consider a complaint if the Complainant believes they have been treated unfairly, the service received is unacceptable or a situation has led to distress, inconvenience or financial disadvantage.

What is there that the Ombudsman cannot or may not do?

The Ombudsman has no power to investigate something which is being, or has been, decided by some other Tribunal or Court. In some situations, the Ombudsman’s powers to investigate are limited. An example of this is:

1. When another Ombudsman has statutory control and regulation of the subject matter of the complaint.

2. When the complaint involves an allegation of fraud which must be investigated by police as a criminal activity.

Please find below information on how to complain and the complaints process.

1. Complaints to be made to the Member before the Ombudsman

It is a requirement of the Ombudsman Scheme that, normally, the complainant should first address any complaint directly to the member business concerned (if it is a member). Your complaint should be dated, clear and in writing summarising:

You should retain a copy of your complaint for your records – it may be needed in the future.

It is essential that the member is given every reasonable opportunity to address the complaint before complaining to the Ombudsman.

2. How long do I have to complain?

If you are dissatisfied with the outcome of your original complaint you should normally refer the complaint to the Ombudsman within twelve months of the issue of the Deadlock Letter or, if no Deadlock Letter has been issued, within eight months of the Complainant first giving notice of the complaint to the HICS Member. The Ombudsman has discretion, however, to accept a complaint made out of time if satisfied that there are exceptional reasons to justify delay.

3. How will the Ombudsman deal with individual cases?

Where it considers practical and appropriate, the Ombudsman will seek to achieve a mutually acceptable settlement (“Settlement“) of a complaint. If both parties accept the proposed Settlement this becomes the Binding Decision of the complaint.

Where it does not consider the Settlement route appropriate or the complaint is not resolved by a Settlement, the Ombudsman will conduct a formal investigation of the complaint.

When conducting a formal investigation, the Ombudsman will consider the evidence submitted by the parties involved in the complaint. The procedure for the conduct of an investigation will be such as the Ombudsman considers appropriate, acting reasonably, in the particular circumstances of the case and may require, from time to time, such assistance of the parties to the complaint (including in relation to access, information and submissions) as the Ombudsman may consider reasonable and appropriate.

Where either (or both) party requests a review within fourteen (14) days of a Proposed Resolution, the Ombudsman shall take into account all of the material (existing or new) provided for the investigation and, after due consideration of the evidence, issue an Ombudsman Decision.

4. How much does it cost to use The Ombudsman?

The Ombudsman’s services are provided free of charge to complainants.

5. How long will it take to come to a conclusion?

Some cases are complex and the investigation may be lengthy, whilst others are simple and are dealt with quickly. As a guide, the average complaint takes about 8 weeks to be resolved, from the time your completed complaint form is received at the Ombudsman’s office.

6. Can someone else complain on my behalf ?

Someone else can complain as long as written authorisation from the complainant is received at the Ombudsman’s office. Anyone may act for the complainant, such as a member of the complainant’s family, a friend, a solicitor or a volunteer from a body like the Citizens Advice Bureau.

7. What happens when the Ombudsman makes his decision?

The Ombudsman will make a decision he believes to be just and fair, taking all the circumstances into consideration. He will then write to all parties concerned with his decision and any award of compensation, etc. He will explain his reasons for making the decision and set out timescales within which there must be compliance with any award.

8. What powers does the Ombudsman have?

The Ombudsman has full autonomy and authority to provide a complaint/dispute resolution facility and in so doing he/she may amongst other things:

9. How much compensation could be awarded?

The Ombudsman can order payment of compensation for loss, distress, inconvenience, breach of contract or other related quality matters. There is a maximum limit of £10,000 to the amount of compensation that can be claimed or awarded. If compensation is sought this needs to be claimed on the ‘Complaint Form’ with an explanation as to how this figure was calculated. It is important to be realistic – remember that the Ombudsman will only consider what he feels are bona fide claims.

10. Can an appeal be made against the Ombudsman’s decision? 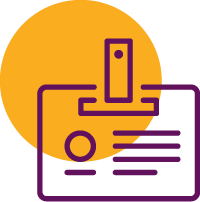 Are you ready to take your business to the next level? See how HICS membership can help you grow and prosper.

From IBGs to dispute resolution, there are many ways HICS can protect consumers using an Accredited Installer. 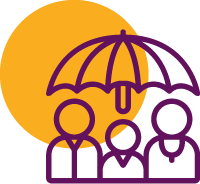 HICS can cover a wide variety of both renewable energy and home energy efficiency products and installations.